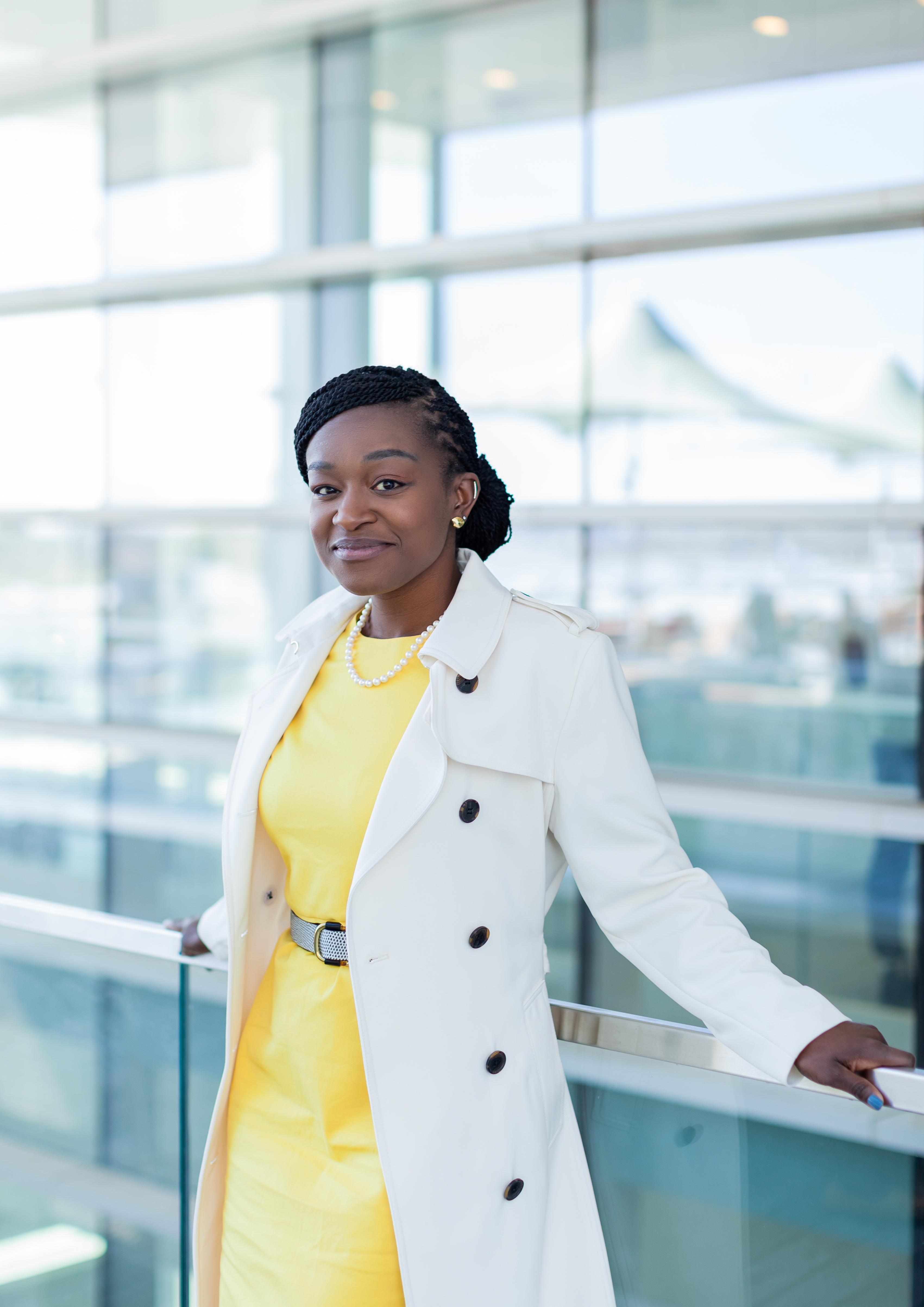 Camille Stewart is an attorney and executive whose crosscutting perspective on complex technology, cyber, and national security, and foreign policy issues has landed her in significant roles at leading government and private sector companies like the Department of Homeland Security, Deloitte, and Google. Camille builds global cybersecurity, privacy, and election security/integrity programs in complex environments for large companies and government agencies.

Camille is the Global Head of Product Security Strategy at Google advising Google’s product leads on federated security and risk. Previously, Camille was the Head of Security Policy for Google Play and Android at Google where she leads security, privacy, election integrity, and dis/mis-information. Prior to Google, Camille was a manager in Deloitte’s Cyber Risk practice working on cybersecurity, election security, tech innovation, and risk issues for DHS, DOD, and other federal agencies.

Camille is the former Senior Policy Advisor for Cyber, Infrastructure & Resilience Policy at the Department of Homeland Security. Appointed by President Obama, Camille contributed to a number of federal cyber policies such as Presidential Policy Directive 41 (PPD -41) on United States Cyber Incident Coordination and Cybersecurity National Action Plan (CNAP). Camille focused on a number of domestic and international cyber and technology policy issues, earning recognition from President Obama for her contributions to expanding cybersecurity cooperation with DHS’s Israeli counterparts.

Camille is committed to empowering others in and through tech by elevating and working to solve the complex challenges at the intersection of tech, security, society, and the law. Her work goes beyond the corporate environment to leading change for the public good through a series of initiatives she has championed including #ShareTheMicInCyber, co-founding the #NextGenNatSec (formally Diversity in National Security Network), co-founding the Silicon Valley chapter of Women in Cybersecurity, and leading research on the important national security issues like national security-related technology and intellectual property being exfiltrated through the courts. Camille leads a project with the Transformative Cyber Innovation Lab (TCIL) to explore exfiltration of sensitive technology through the courts and continues to advise, speak, and write on relevant issues.

Camille is on the Board of Directors for GirlSecurity and the International Foundation for Electoral Systems, and on the Advisory Board for Women of Color Advancing Peace, Security, & Conflict Transformation (WCAPS).

Camille is the 2019 Cyber Security Women of the Year in the “Barrier Breaker category, the 2018 New America Black American National Security & Foreign Policy Next Generation Leader, the 2018 National Urban League Cyber Connoisseur Honoree, a 2017 DMV 40 under 40 Trailblazer Awardee, and the 2016 Women in Technology Rising Star Awardee.

Camille is a Cyber Fellow at the Harvard Belfer Center, New America Political Reform Fellow, a Truman Security Fellow, a Council on Foreign Relations Term Member, a Founding Member of Women in Cybersecurity Silicon Valley Affiliate Chapter, an Inaugural Internet Law and Policy Foundry Fellow and has held elected office in the District of Columbia. Camille has CISSP and PMP certifications.

WashingTECH Policy Podcast was started largely because of the impact of tech, AI and cybersecurity on communities of color, working class and immigrants, and none of the big players in the industry have it on their radar. Our conversation today is on...