Bio Dr. Desmond Upton Patton (@SAFELab) is an assistant professor at the Columbia School of Social Work and a Faculty Affiliate of the Social Intervention Group (SIG) and the Data Science Institute. His research utilizes qualitative and...

Dr. Desmond Upton Patton (@SAFELab) is an assistant professor at the Columbia School of Social Work and a Faculty Affiliate of the Social Intervention Group (SIG) and the Data Science Institute. His research utilizes qualitative and computational data collection methods to examine how and why youth and gang violence, trauma, grief and identity are expressed on social media and the real world impact they have on well-being for low-income youth of color.

But the hacking began in 2014, prior to president Trump’s announcement that he would be running for president. The defendants even promoted content that favored Bernie Sanders’ primary campaign against Hillary Clinton. So the Trump administration is using this to try to illustrate that the Russians’ primary effort was to subvert our entire political system, rather than support Donald Trump’s election, specifically. Trump’s opponents argue that Russian conspirators saw the seating of Donald Trump as President as a no-brainer, given his susceptibility to blackmail because of his alleged hiring of prostitutes in 2013 in Moscow and his real estate deals with Russians. Sharon Lafraniere and Matt Apuzzo report for the New York Times. Craig Timberg reports for the Washington Post. But you can find coverage everywhere.

Meanwhile, Trump’s Director of National Intelligence warns that there is “no doubt” that Russians are planning to hack this year’s midterm elections. The consensus is that we’re not prepared for that. In fact, the website Hamilton 68, reported that Russian bots flooded Twitter with pro-gun messaging following Wednesday’s school shooting in Parkland Florida that left 17 dead.

FCC is investigating its own Chairman Pai

Cecilia Kang at the New York Times reported last week that the FCC’s Inspector General is investigating FCC Chairman Ajit Pai for illegally paving the way for Sinclair Broadcasting. Pai led the agency in several efforts that, appearing to some, seemed timed to Sinclair’s proposed $3.9 billion acquisition of Tribune Media, including the relaxation of the media ownership cap and newspaper broadcast cross-ownership rules.

Spencer Soper, Naomi Nix, Ben Brody and Bill Allison report for Bloomberg that Amazon has significantly increased its lobbying spending in Washington. A number of policy issues have taken center-stage for the company, as Amazon seeks to expand into different areas, including healthcare. The company’s lobbying spending has grown by over 400% since 2012, according to Bloomberg. You can find the full report there.

In a major victory for on-demand takeout company Grubhub, the U.S. Dictrict Court for the Northern District of California ruled that Grubhub drivers are contractors not employees. The plaintiff sued Grubhub for paying subpar wages based on his classification as a contractor. The court ruled that Grubhub does not exercise a requisite amount of color over drivers’ work to justify classifying them as employees. Dara Kerr reports in CNET.

Google tested a new system that would improve the ability of 911 operators to locate emergency callers. Currently, 911 calls made via cell phone are difficult to pinpoint. Ryan Knutson has the story in the Wall Street Journal. 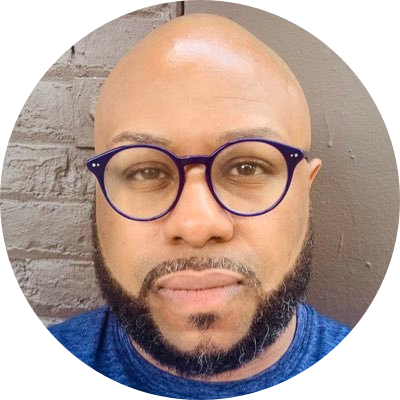 Professor Desmond Upton Patton’s research uses qualitative and computational data collection methods to examine the relationship between youth and gang violence and social media; how and why violence, grief, and identity are expressed on social media; and the real-world impact these expressions have on well-being for low-income youth of color. He studies the ways in which gang-involved youth conceptualize threats on social media, and the extent to which social media shapes and facilitates youth and gang violence.

Dr. Patton is the founding director of SAFElab, a member of the Data Science Institute, and a faculty affiliate of the Social Intervention Group (SIG). He holds a courtesy appointment in the department of Sociology. He is the recipient of the 2018 Deborah K. Padgett Early Career Achievement Award from the Society for Social Work Research (SSWR) and was named a 2017-2018 fellow at Harvard’s Berkman Klein Center for Internet and Society.

In partnership with the Data Science Institute, he is developing an online tool for detecting aggression in social media posts. Dr. Patton’s research on “internet banging” has been featured in The New York Times, the Chicago Tribune, USA Today, NPR, Boston magazine, ABC News, Nature, and Vice. It was cited in an amici curiae brief submitted to the United States Supreme Court in Elonis v. United States, which examined the interpretation of threats on social media.