Danielle Citron: How to Fight for Cyberstalking Victims (Ep. 115)

Bio Danielle Keats Citron () is the Morton & Sophia Macht Professor of Law at the University of Maryland Francis King Carey School of Law where she teaches and writes about information privacy, free expression, and civil rights and was the...

Danielle Keats Citron (@daniellecitron) is the Morton & Sophia Macht Professor of Law at the University of Maryland Francis King Carey School of Law where she teaches and writes about information privacy, free expression, and civil rights and was the recipient of the 2005 “Teacher of the Year” award.

Professor Citron has advised federal and state legislators, law enforcement, and international lawmakers on privacy issues. She has testified at congressional briefings on the First Amendment implications of laws regulating cyber stalking, sexual violence, and nonconsensual pornography. From 2014 to December 2016, Professor Citron advised California Attorney General Kamala Harris (elected to the U.S. Senate in 2016) on privacy issues. She served as a member of AG Harris’s Task Force to Combat Cyber Exploitation and Violence Against Women. In 2011, Professor Citron testified about online hate speech before the Inter-Parliamentary Committee on Anti-Semitism at the House of Commons.

Professor Citron works closely with tech companies on issues involving online safety and privacy. She serves on Twitter’s Trust and Safety Council and has presented her research at Twitter, Facebook, Google, and Microsoft. In addition, Professor Citron is an advisor to civil liberties and privacy organizations. She is the Chair the Electronic Privacy Information Center’s Board of Directors. Professor Citron is on the Advisory Board of Cyber Civil Rights Initiative, Without My Consent, Future of Privacy, Teach Privacy, SurvJustice, and the International Association of Privacy Professionals Privacy Bar. She is a member of the American Law Institute and serves as an adviser to the American Law Institute’s Restatement Third Information Privacy Principles Project.

The Department of Justice has sued to block AT&T's proposed $85 billion acquisition of Times Warner. The complaint states that the merger would violate Section 7 of the Clayton Act. It refers to AT&T's objection to Comcast's previous acquisition of NBC/Universal, back in 2011, which was also a so-called vertical merger. AT&T argued that a "standard bargaining model" could have been used to show the harmful effect the merger would have had on pricing.

If the case reaches the Supreme Court, it will be the first time a vertical merger case has reached the Court since 1972, in the Ford-Autolite case. The Trump administration has been vocal about opposing the AT&T/Time Warner merger and the president himself has railed repeatedly on Twitter about CNN's coverage of his administration. AT&T says it would not rule out using the judicial process in order to obtain correspondence between the White House and the DOJ which would help illustrate that the DOJ's lawsuit is politically motivated. Brian Fung reports in the Washington Post.

FCC rolls back media regulations, Lifeline, cracks down on robocalls

In its monthly meeting last week, the Federal Communications Commission killed long-standing media ownership rules, including the Newspaper/Broadcast Cross-Ownership rule which, since 1975, had prevented the owner of a  tv station from owning  a newspaper in the same market. The Commission also eliminated the so-called eight-voices test, which required at least eight independently owned TV stations to remain in the market before any entity could own two stations in the market. Critics say the rules were cancelled simply to pave the way for Sinclair Broadcasting, which has proposed to acquire Tribune Media for $4 billion. Two high-ranking Democrats--Frank Pallone and Elijah Cummings--are calling for an investigation into Ajit Pai's relationship with Sinclair.

The Commission also restricted Lifeline support--that's the $9.25 per month subsidy for qualified customers who use it to help pay their internet bill. It restricted that support on tribal lands. The Commission is also seeking comment on a proposed plan to cap Lifeline expenditures.

The Commission also voted unanimously to crack down on robocallers by giving phone companies more authority to block annoying phone calls from marketers who play a pre-recorded message when you answer the phone. Also at the November meeting, the Commission voted to expand broadcasters' ability to experiment with the Next Generation Broadcast Standard, which will enable closer targeting of viewers for advertising. The Commission also adopted several other rules and proposed rules ostensibly geared toward stimulating broadband infrastructure investment and deployment.

In December, FCC Chair Ajit Pai is expected to overturn the net neutrality rules passed during the Obama administration.

Comcast has joined a long list of companies, including Verizon, that are seeking to buy 21st Century Fox, according to the Wall Street Journal. Fox is looking to sell off everything except its news and sports assets. Verizon and Disney also also rumored to be potential suitors.

The Federal Elections Commission put out a rulemaking for public comment on revisions to the political ad disclosure rules to apply them to internet companies. The rulemaking follows allegations of Russian efforts to sway the election in favor of Donald Trump by placing ads and sponsored content on on Facebook and Twitter.

The U.S. has dropped to second place, behind China, in its total number of super computers. The U.S. has 144 compared to China's 202. The number of China's supercomputers rose by 43 over just the last 6 months, compared to a drop in the U.S. by 25. 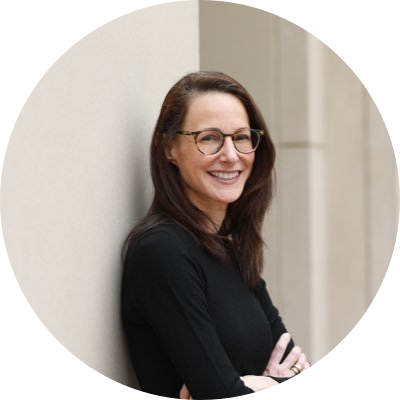 Danielle Citron is the Jefferson Scholars Foundation Schenck Distinguished Professor in Law, Caddell and Chapman Professor of Law at UVA, where she writes and teaches about privacy, free expression and civil rights. Her scholarship and advocacy have been recognized nationally and internationally. In 2019, Citron was named a MacArthur Fellow based on her work on cyberstalking and intimate privacy. In 2018, she received the UMD Champion of Excellence award and in 2015, the United Kingdom’s Prospect Magazine named her one of the Top 50 World Thinkers and The Daily Record named her one of the Top 50 Most Influential Marylanders. She serves as the inaugural director of the school’s LawTech Center, which focuses on pressing questions in law and technology.

Her book “Hate Crimes in Cyberspace” (Harvard University Press, 2014) was widely praised in published reviews, discussed in blog posts and named one of the 20 Best Moments for Women in 2014 by the editors of Cosmopolitan magazine. She has published more than 50 articles and essays, including in the Yale Law Journal, Michigan Law Review (three times), California Law Review (twice), Boston University Law Review (five times), Washington University Law Review (three times), Emory Law Journal (twice), Southern California Law Review, Texas Law Review, and many more, which have won professional awards from the International Association of Privacy Professionals and privacy think tank Future of Privacy, and been cited by state and federal courts. She has written more than 45 opinion pieces for major media outlets, including the New York Times, the Washington Post, the Atlantic, the Guardian, Time and Slate.

For the past decade, Citron has worked with lawmakers, law enforcement and tech companies to combat online abuse. In June 2019, she testified before Congress about the national security and privacy risks of deepfakes and have been working with Hill staff on a bill to criminalize digital impersonation. She has been involved in reform efforts around the regulation of online platforms. In October 2019, she testified before Congress about Section 230 of the Communications Decency Act. From 2014 to 2016, Citron served as an advisor to then-California Attorney General Kamala Harris and as a member of Harris’ Task Force to Combat Cyber Exploitation and Violence Against Women. In 2011, Citron testified about misogynistic cyber hate speech before the Inter-Parliamentary Committee on Anti-Semitism at the House of Commons in the United Kingdom. Since 2011, she has been a member of Facebook’s Non-Consensual Intimate Imagery Task Force and an adviser and a member of Twitter’s Trust and Safety Task Force and as an adviser to the company since 2009. She is an adviser to the dating app Bumble and the music streaming service Spotify.

Citron is the vice president of the Cyber Civil Rights Initiative, a nonprofit devoted to fighting for civil rights and liberties in the digital age that was founded in 2013 and named after her article “Cyber Civil Rights.” She serves on the boards of directors of the Electronic Privacy Information Center and the Future of Privacy, as well as on the Advisory Board of the Anti-Defamation League’s Center on Technology and Society and the Center on Investigative Journalism. In 2020, she received a $75,000 grant from the Knight Foundation to study the salutary impact of intimate privacy laws on victims, a project that she is co-leading with Canadian academic Jon Penney.

Citron is an affiliate scholar at the Stanford Center on Internet and Society, Yale Information Society Project, and NYU’s Policing Project. She is a member of Axon’s advisory board on artificial intelligence ethics. As a member of the American Law Institute, she serves as an adviser to the Restatement Third, Information Privacy Principles Project and Restatement (Third) Torts: Defamation and Privacy.

Citron has appeared on film and television (HBO’s “Vice News,” HBO’s “Last Week Tonight with John Oliver,” Hulu’s “The Weekly,” “Netizens,” and HBO’s “Swiped”); quoted in hundreds of news articles, interviewed on National Public Radio more than 25 times; appeared on podcasts for The New York Times, Slate, Lawfare, The Guardian and The Boston Globe; and given a TED talk, “How Deepfakes Undermine Truth and Democracy,” at the 2019 TED Global Summit. Her TED talk has been viewed more than 2.9 million times. She has given more than 200 talks at major universities, federal and state agencies, the National Holocaust Museum, the Wikimedia Foundation, the National Association of Attorneys General, and think tanks.